Many clubs in the English Premier League like to use the summer break to sign or sell new players. In some cases, millions of British pounds are spent to equip the squad for the next season. Of course, the clubs lure new players with lavish hand money, similar to the sign-up offers for new players in an online casino. This is the welcome bonus, so to speak, to significantly increase the motivation for a transfer. But which transfers in particular hit Arsenal like a drumbeat in the 2022/23 Premier League season?

For a long time there was speculation about which club the Manchester City superstar would choose. Recently, even clubs like Real Madrid were interested in the gifted striker. Now, the drumbeat and internal switch from Manchester City to the country's own rival FC Arsenal London brought Jesus a whopping 44.61million British pounds. Arsenal invested this sum for the commitment of the sought-after superstar Gabriel Jesus. Thus, the club secures a TOP player with high offensive power and complements the ambitions for the championship in the upcoming season.

Most recently, Arsenal finished in 5th place in the 2021/2022 season and Manchester City were the clear champions. There was only a narrow lead over the pursuer Liverpool. Arsenal London scored only 69 points in the Premier League, while Manchester City scored a whopping 93 points. Meanwhile, the club profitably sold its star to rivals Arsenal. The next season in the Premier League will be exciting and Arsenal fans expect the signing of Gabriel Jesus to at least qualify for the Champions League.

By the way, the center forward Gabriel Jesus is an active national player from Brazil. Here he scored a whopping 19 goals in 56 international matches. In the English Premier League, the Brazilian scored 58 goals in 159 competitive matches and prepared 32 other goals. With his outstanding statistics, it's no wonder that clubs from all over the world were courting the center forward. In the Champions League, too, the star scored 20 goals in 37 games and provided five assists.

In any case, the player is a real asset to Arsenal London's offensive power, and those responsible were only too happy to spend the high transfer fee on Jesus. Nevertheless, it remains exciting to observe to what extent the striker integrates into his new club and whether his successes remain consistent. 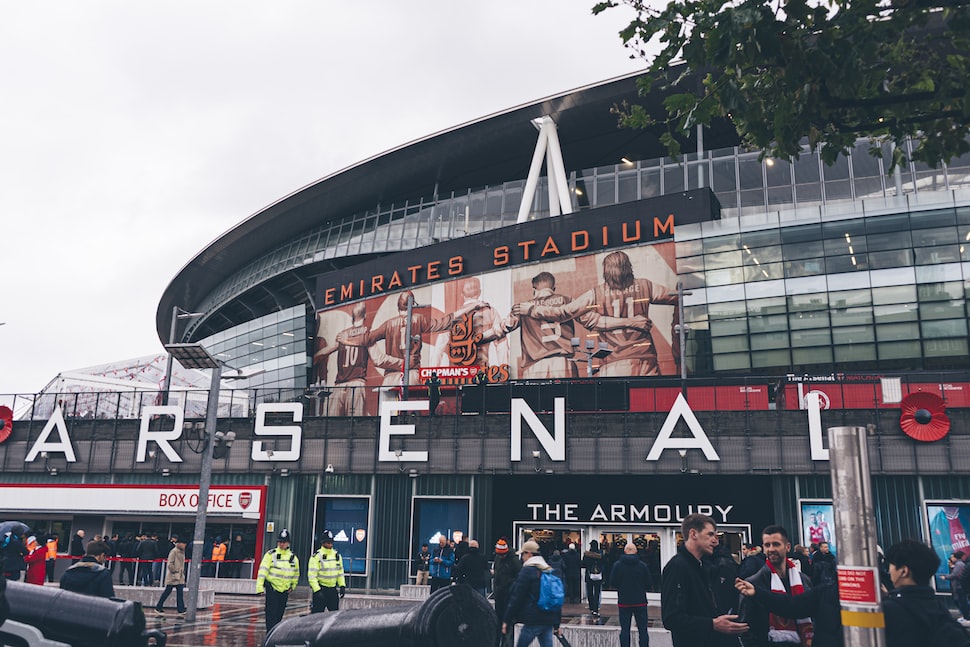 #2 Next bang for Arsenal's buck - the signing of Fábio Vieira

If there's one club in the English Premier League actively looking for new players, it's probably Arsenal London. The ambitions are high and the goals clearly defined. Both the fans and those in charge will hardly accept anything less than the championship. For the proud price on the transfer market of 29,7 million British pounds, the club FC Arsenal London signed midfielder Fábio Vieira from FC Porto. Thus, within a month, Arsenal officials invested far more than 72,2 million British pounds for two new offensive players.

Vieira is an attacking midfielder and impressed with outstanding performances at Porto. The Portuguese scored 8 goals in 54 games in the Liga Portugal and also prepared 16 goals. The midfielder also gained experience in the Champions League. Here the player has been used seven times so far and scored one goal and one assist. Vieira, by the way, is a "veteran" at FC Porto and has passed through all stages of the club - from the U15 to the U17 to the U19.

With the move to Arsenal, the midfielder makes his breakthrough at the international level and moves to a club with ambitions to win the championship and qualify for the Champions League. Incidentally, the player made 21 appearances for the Portuguese U21 national team and scored 13 goals in the course of his career so far.

#3 Arsenal, the third - a new goalkeeper for the team

The next signing of the Arsenal London club comes from the New England Revolution club (USA). A new goalkeeper was needed, and he was promptly signed. Matt Turner, a native of the United States, was the next coup to strengthen the team. For the sum of 5.4 million British pounds, Arsenal provides reinforcement in goal. Matt Turner is a goalkeeper in the national team of the USA.

Although Turner will probably initially take a seat on the bench, because Aaron Ramsdale is clearly the regular goalkeeper, but for Turner the change is certainly a success in his career. From the rather insignificant American first soccer league to the prominent English Premier League and then to this TOP club. Within the American national team Turner has been used 18 times so far.

#4 Arsenal, the fourth - winger from Brazil

Will Arsenal London be champions of the English Premier League in the 2022/2023 season? Judging by the transfers, of course! No team in the league has strengthened its squad like Arsenal London. Now the next transfer: Marquinhos from FC São Paulo. The Brazilian Marquinhos dominates the right wing position. At just 19 years old, the striker still has a great career ahead of him. Within the Brazilian U17 national team, the player brings it to three games.