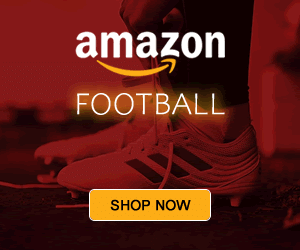 A sunny September day at Netherhall saw Anglia clinch their first victory of the preseason against MCR new boys Cambridge University Constructors. Featuring 3 new recruits, Zak Karim, Tom Buffery and Dave Delve, plus the returns from the wilderness of Pete Lovell and Callum Jenkins, this was a very unfamiliar Anglia line-up. Jon Hare started in goal for only the second time in three and a half years. Chris Freer was called in at right back for the first time ever on his 150th appearance for the club. With debutant Tom Buffery at left back and Pete Lovell being paired at centre-back with Ollie Matthews, who had managed to put in 57 appearances since Pete's last appearance in an Anglia shirt the game before Ollie made his debut in August 2016. Dan Vargas started in his usual position just in front of the back four, with Sean Killaspy and Callum Jenkins just ahead of him. Kenny Soyingbe and Chris Archambault started out in their usual positions of right and left wings respectively, with new boy Zak Karim up top. After 10 or 15 minutes of scrappy play Anglia took the lead with a finish from last season's top scorer Chris Archambault who was put through on goal and slotted neatly. Shortly afterwards C.U.C. were bearing down on goal when Pete Lovell went up for a towering header and landed awkwardly on his back, the signs were not good and he got taken off. This signalled a mass reshuffle with Dan dropping to centre back, Dave Delve making his debut as a sub on right wing, Kenny moving to the striker position and Zak dropping back into midfield. 5 minutes later a C.U.C. corner got nodded into the mixer and with no Anglia defenders reacting quickly enough an equaliser was poked home from close range leaving the keeper with no chance. However Joe arrived and was brought on to shore up the blue defence as Dan took a breather, Anglia battled on and after another 10 minutes or so Kenny converted a cross from Chris A to restore our lead. However the lead didn't last for long as C.U.C. were starting to get a series of freekicks on the edge of the box with one of them finally leading to an identical goal being scored to their first, a scrappy concession to make the score 2-2 at halftime. At halftime we agreed to switch to 4231 from 4141 with Sean dropping a bit deeper, Dan was also brought back into holding midfield and Callum was moved wide on the right as Dave Delve made way. Anglia started the second half brightly and dominated possession with C.U.C. hitting us on the counter. The more solid shape gave Sean a chance to influence the game a bit more with his passing and the rustiness was visibly falling off of half of our team as Tom, Chris F and Callum all started to find their stride. Our next goal came from the same source as our only goal in the previous game against St Johns, a beautifully flighted freekick whipped across the goal and inside the far post from Sean, Anglia took the lead for the third time in the game 3-2. The difference this time was that we didn't allow them a quick equaliser to get back into the game. Tom was doing well to shut out his tricky winger and Jon was called on to make a series of saves from shots fired in from the edge of the area, with even more long shots going wide. Chris Freer was visibly growing into his alien defensive role, shut down his man, cleared one off the line and used his time on the ball well to make incisive passes up the right wing to Callum. It was from one of these moves that Anglia's fourth goal came with Callum crossing for Chris A who probably should have scored, but the saved ball found its way to Kenny who swivelled and shot home from close range. For the last 20 minutes Zak was called to ref and Dave came back on to harry the opposition in midfield, C.U.C continued to press but their shooting was not good enough to trouble Jon who saw a few sail wide and high, one hit the outside of the post and several one on ones fired at point blank range, including one that looked in until Jon stuck out a long left leg to deny the disbelieving striker. And that was how it ended 4-2 to a makeshift Anglia team who had all put in good performances. Kenny for his two goals, Tom and Chris F as full backs, Sean impressive again in midfield and Dan, Ollie and Joe for their defensive work and restricting the opposition mostly to long shots. However it was marginally decided that stand in keeper Jon should get Man of the Match for not putting a foot wrong all game and continually denying C.U.C. a root back in to the match throughout the second half with some sharp saves.

Are you looking for something ? Search the TeamStats directory...

TeamStats is the ultimate app for running your football team.
Everything you need in one intuitive platform.